skip to main | skip to sidebar

Nazis Gassed Aryans But Not Jews? 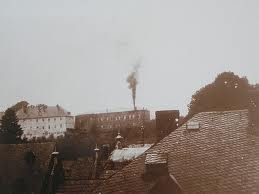 "Eventually children with misshaped ears, bed wetters, and those who were found difficult to educate were marked for elimination."

The Nazi euthanasia program, code-named "Operation-T4," set out to eliminate "life unworthy of life." It rapidly expanded to include individuals with mental illness, with Hitler's 1939 decree allowing physicians to decide that certain individuals "be accorded a mercy-death."

These patients included those with schizophrenia, the criminally insane, and the chronically hospitalized. The euthanasia program became the Nazi regime's first campaign of mass murder against specific populations whom it considered inferior and threatening to the well-being of the Aryan race and the first time in history where psychiatrists sought out to systematically exterminate their patients, with several prominent psychiatrists playing central roles (1-4).

[In 1929, at Nuremberg, Hitler had proposed the annual "removal" of 7000,000 to 800,000 of the "weakest" Germans as a means of rapidly improving ...the German race. He also wanted to eliminate millions among the "inferior races that breed like vermin."]

The Hadamar Psychiatric Institute near Wiesbaden, Germany, code-named "Facility-E," was refashioned for use as a psychiatry euthanasia facility in November 1940. From mid-January 1941 under Dr. Ernst Baumhard's direction, with a staff of approximately 100, busloads of patients arrived daily at the killing operation.

The patients were offloaded, weighed, photographed, and led to the gas chamber disguised as a shower room in the cellar. At least 10,000 mentally ill adults were gassed and cremated at Hadamar in the first 9 months of 1941.

[Originally only the severely deformed were included in the program. Eventually children with misshaped ears, bed wetters, and those who were found difficult to educate were marked for elimination." ]

In August 1942, after a short break, [caused by protests from Catholic bishop Clemens Von Galen] the facility again functioned as an euthanasia center, using lethal medication doses or starvation. After removal of various organs for medical research, the bodies were buried in F1 located on the hospital grounds. The killing center remained operational until its liberation by American troops on March 26, 1945 (4).

[Euthanasia continued throughout the war. In the autumn of 1941, the staff at Hadamar celebrated the cremation of its 10,000th corpse with a special ceremony, followed by music, dancing and drinking.]

Operation-T4 claimed approximately 200,000 lives. Psychiatric euthanasia institutions served as training centers for the Schutzstaffel (SS) who used the experience to construct larger killing centers (Auschwitz, Treblinka, etc.). The psychiatrist Dr. Imfried Eberl, Treblinka's first commandant and the only physician to command a death camp, established the facility following his experience as superintendent of Brandenburg Psychiatry Hospital (2).
--
Footnotes can be found at source.  Material in square brackets is from Ron Rychlak, "Hitler, the War & the Pope" pp. 115-117. According to Rychlak, "Between Dec 1939 and August 1941, about 5000 children and 100,000 adults were killed by lethal injections or in gas chambers.]
--

It is important to know that the Nazi death program was motivated by Eugenics - not racism.  The Nazi state's interest was direct culling of Germans that it considered an expense.  That included disabled war veterans of WW I who were euthanized in the hospital at Tiergartenstraße 4, as well as the terminally ill, handicapped, birth defective, and mentally ill.  "Action T4" was "legally" euthanizing such people in Germany two years before the war started in 1939.  It is also important to know that Eugenics wasn't a Nazi invention.  The idea "evolved" out of 19th century British social Darwinism.  But even though members of the British Fabian Society spoke openly in favor of State sterilization and outright extermination of "undesirables", it was the United States where mass mandatory sterilization of young women became law between 1933-1935.  Fifteen state legislatures passed Model Eugenic Sterilization laws. Tens of thousands of girls were sterilized for such things as having a mentally ill or retarded relative in the family.  Even having a history of alcoholism in a family could result in the 'State Eugenics Board' forcing sterilization.  Hitler wasted no time putting Germany on the road to a Eugenically perfected society,  The Rockefeller Foundation helped develop and fund various German eugenics programs, including the one that Josef Mengele worked in before he went to Auschwitz.   American Model Eugenic Sterilization laws were lifted almost verbatim by the Nazis for their 1933 Nuremberg racial hygiene laws Planned Parenthood Founder Margaret Sanger in her own words in a 1939 private letter to Clarence Gamble (of Proctor & Gamble), President of the American Eugenics Research Association:

"We don't want the word to go out that we want to exterminate the Negro population. and the minister is the man who can straighten out that idea if it ever occurs to any of their more rebellious members." Mr. Gamble: "There is a great danger that we will fail because the Negroes think it a plan for extermination. Hence lets appear to let the colored run it as we appear to let [the] south do the conference in Atlanta."[2] Under this policy, Planned Parenthood of America hired a full-time "Negro Consultant" in 1944. Proof of Nazi Eugenics and State Euthanasia of "useless eaters" http://www.holocaustresearchproject.org/euthan/euthangal/A%20eugenics%20chart%20entitled%20%20-A%20eugenics%20chart%20entitled%20Hereditary%20traits%20passed%20down%20from%20two%20mates-.html

Makow -  The Other Side of Holocaust Denial

Comments for "Nazis Gassed Aryans But Not Jews?"

Thank you for publishing Rael Strous' article on the Nazi T4 program. As the father of a child with Down's Syndrome, I have done a lot of reading on this aspect of Nazi policy, which confirms the article entirely.

While the "official" holocaust narrative, in my view, has many questions, irregularities, and even some absurdities, there are those who are too quick to react totally and apologize for or endorse Nazism. In some areas, the neo-nazi / "white nationalist" mentality has a lot of cross-over with the "anti-zionist" community, which is entirely unnecessary. A typical example is the collaboration between Mark Glenn, who has made some valuable contributions, and the blogger "Zion Crime Factory," who is a rabid neo-nazi, and a genuine "anti-semite."
The Nazi "economic miracle" was predicated on this massive euthanasia program (similar to today's austerity programs), union busting, social immiseration and war mobilization. There were a few "good" features like the completion of infrastructure projects like the Autobahn, which were planned and begun by Hitler's predecessors. Somehow Franklin Roosevelt, much loathed in conspiracy circles, was able to achieve the same gains in employment and production with the opposite policy.

Nazism was not popular before Germans had to rally around the flag for mutual defense. Hitler did not win a popular election – he carried out a coup within a coalition bloc of parliament. Pre-war German culture did contain some elements of decadence (ie the Frankfurt School, chronicled by people like Kevin MacDonald), but it also contained a large population of Catholics, leading moderates like Hitler's predecessor Gen. Kurt von Schleicher, who was very much in the mold of FDR, and was murdered by Nazis, popular figures like Rudolf Steiner, who worked extensively for the betterment of the handicapped (his writings on Down's Syndrome are especially interesting). Nazism was not a proper return of German nationalism – which would have looked something like Otto von Bismarck's policy. It was a synthetic ideology based on racist hysteria and ruthlessness that unfortunately infected large parts of Germany's desperate population.

That Germans have since been defamed and attacked, and that they were set up, double-crossed and treated without mercy in WW2 does not exonerate the record of the Nazis. The T-4 program, unlike the "official" holocaust narrative, is fully documented and substantiated.

Not an essential question in this case, but I thought I might add that gassing is the perhaps the most expensive, unsafe, irksome and technically difficult way to kill a person. This is clearly demonstrated in the Leuchter Report (in the section on design criteria for execution gas chambers) (easy to find online). Hydrocyanic acid does not have to be breathed to be fatal. Personnel must wear chemical suits and breathe bottled air. Forget gas masks. Sophisticated temperature control and circulation systems operating under negative pressure and very tall chimneys are minimum requirements. I think we can all agree Germans are experts when it comes to rational and cost-effective solutions. To operate “a gas chamber disguised as a shower room in the cellar”, the Germans would have to suspend the laws of physics. A shot in the back of the head, Katyn-style, is how armies around the world go about mass killings.

Henry Makow is the author of A Long Way to go for a Date. He received his Ph.D. in English Literature from the University of Toronto. He welcomes your feedback and ideas at 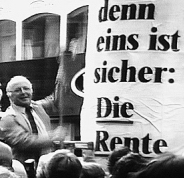 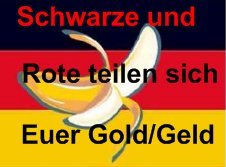